The gym looks like every other school gym. Dancers seem to be ordinary dancers. Feet look like normal feet. Hands resembling ordinary hands. Until: look at that tongue! It is very long, isn’t it? I'm sure you can gobble down a lot with it!

A performance that makes a warm plea to notice difference but to pretend you don't see it.

After ‘How to Make a Living', young Lola Bogaert presents her second performance at DE MAAN. This time her theme is inclusion: one Venezuelan dancer, one Brussels-Moroccan performer and one dancer with Down syndrome.

GOBBLING DOWN! is performed in front of school audiences in the school gyms.

The Mechelen premiere will exceptionally take place at DE MAAN. 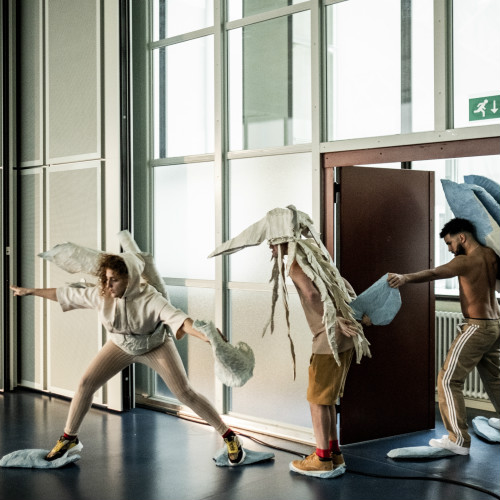 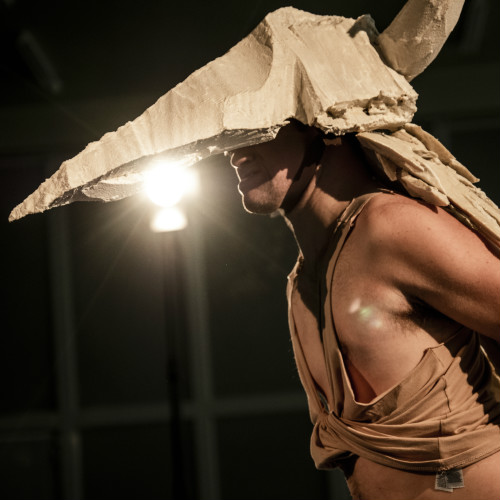 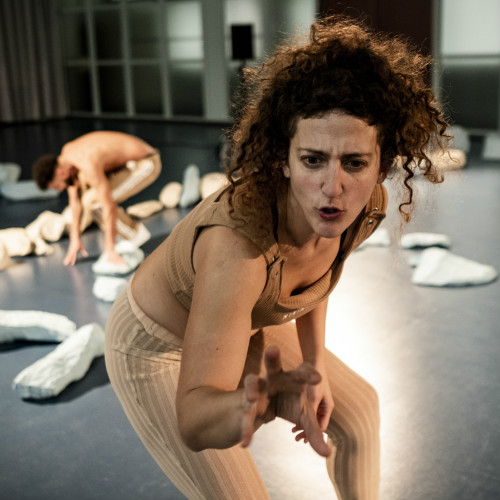 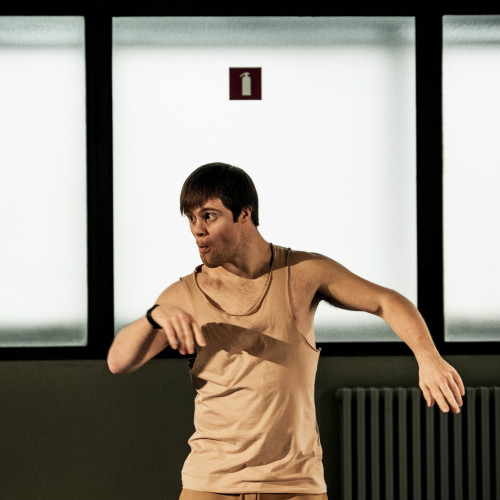 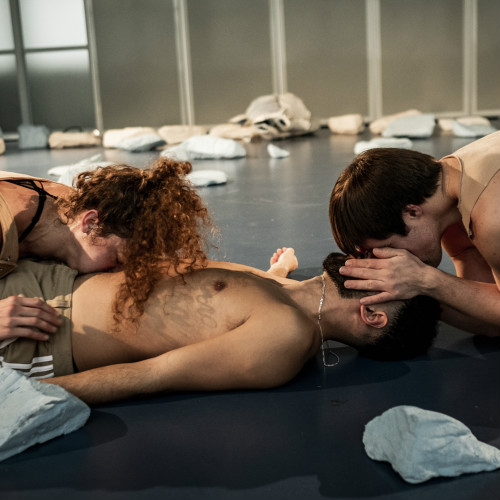 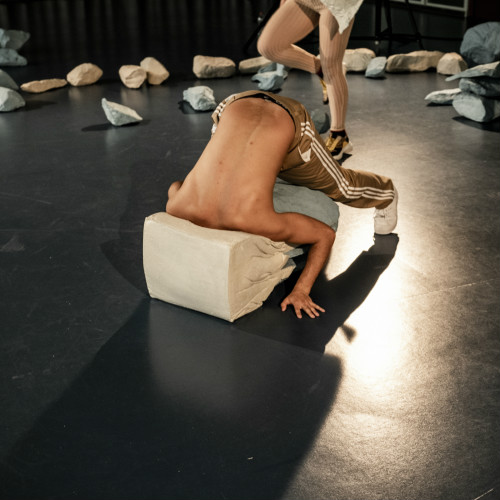 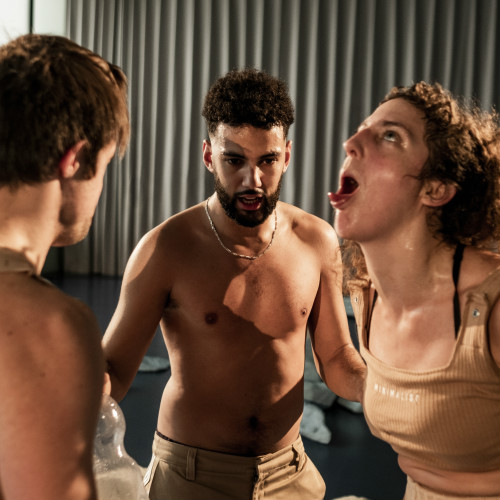 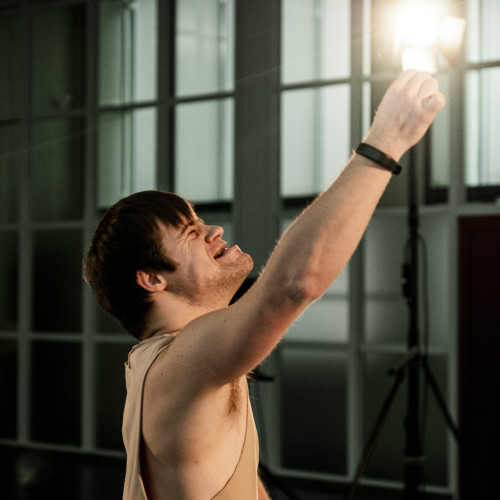 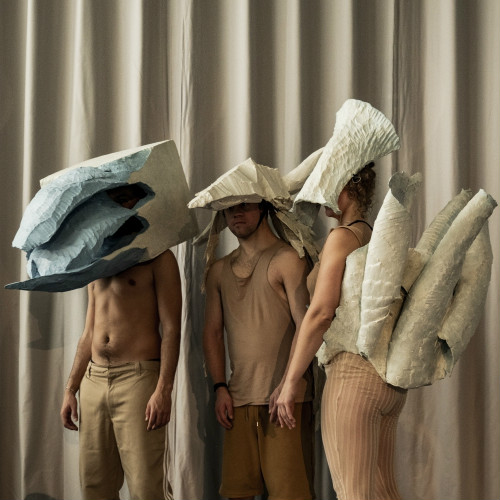 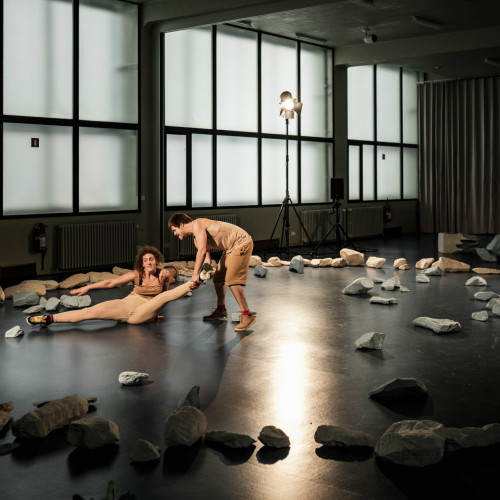 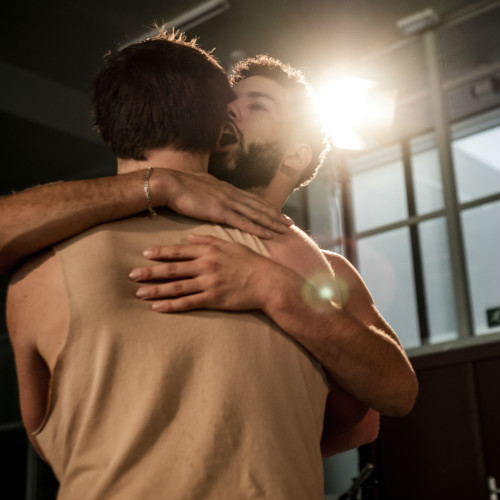