With a talkative Bruno Vanden Broecke at his best as narrator. Sometimes allowing himself to be fooled, other times as wise as an old fox who fools the wolf.

Everything takes place on, around and in a colourful tree. An inventive setting for this evergreen by Russian composer Prokofiev. With authentic Russian passages! Translated into childrenski.

In a previous life, Stef De Paepe spent three years as artistic leader of the audio films of Het Geluidshuis. The production house that you probably know from their delightful radio plays under the title 'Heerlijke hoorspelen'. This gives you a good idea of where PJOTR AND THE WOLFSKI takes its inspiration!

With the voice of Bruno Vanden Broecke After Sergei Prokofiev Voice direction and text by Stef De Paepe After an adaptation/concept of Fernand Verreth and Willem Verheyden Scenography and acting Paul Contryn Decor and puppets Paul Contryn, Lieve Van Luyck and Stéphane Vloebergh 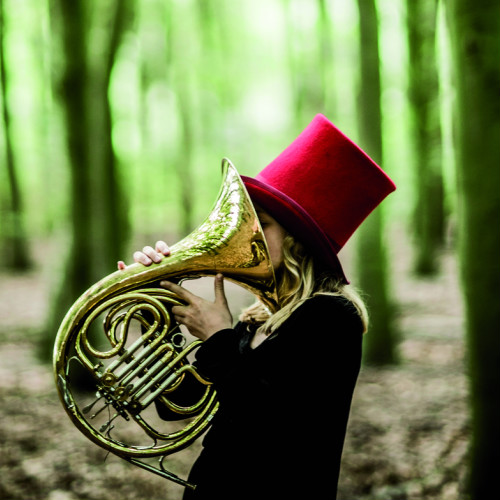 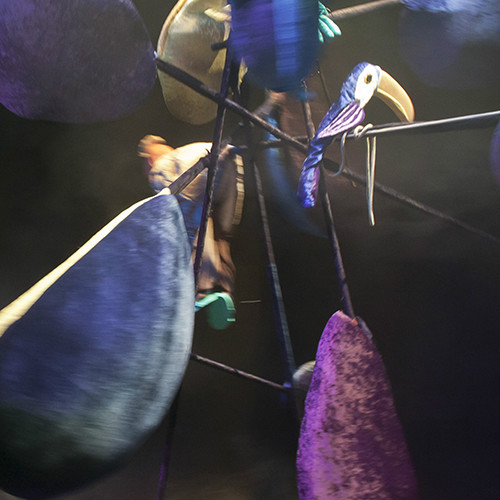 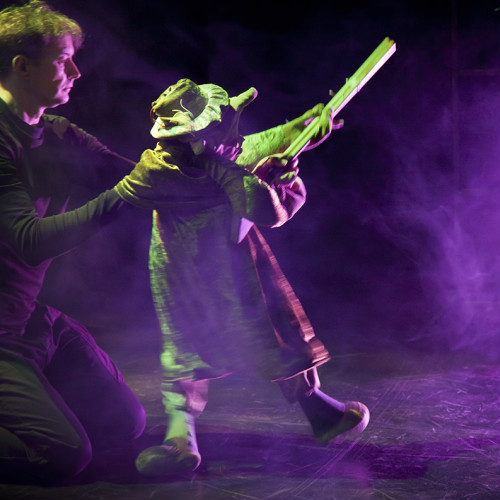 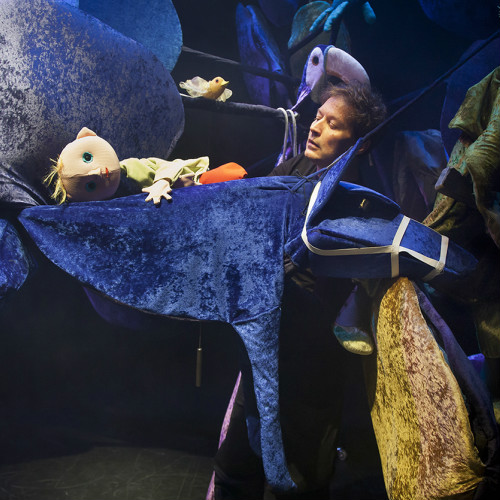 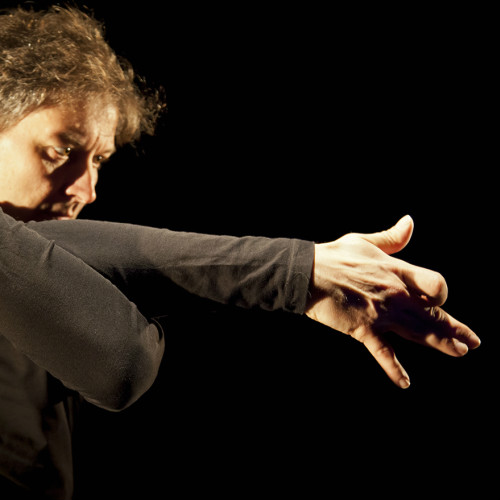 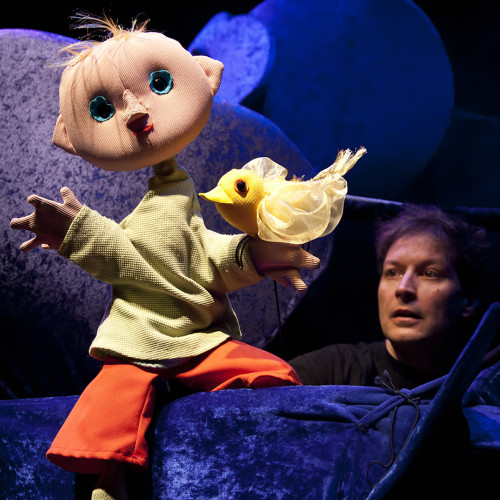 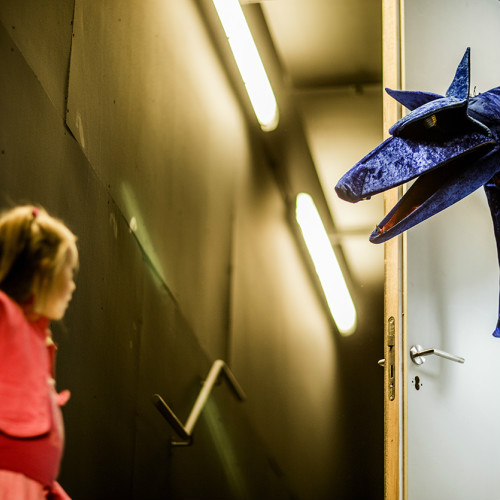