She dances behind his eyes and in his mind through his head.

Her skin as pale and delicate as a porcelain doll.

Her legs slender, her body stiff.

Her hands graceful, a beautiful body.

She makes him live, makes him shine, she gives him courage.

He plays her, mocks her, messes with her, twirls her, soothes her, kisses her.

She's his toy. In his fantasy, she's really there.

Ah … if only she existed.

HOW TO MAKE A LIVING is a fight against loneliness and a plea for love.

As part of her master's degree in theatre direction at RITCS, Lola Bogaert made a youth theatre production under the aegis of image foundry DE MAAN. Under the heading 'Young Gold', DE MAAN gives young talent a chance to experiment and do proper research. DE MAAN sees the career advancement of young talent as one of its missions. 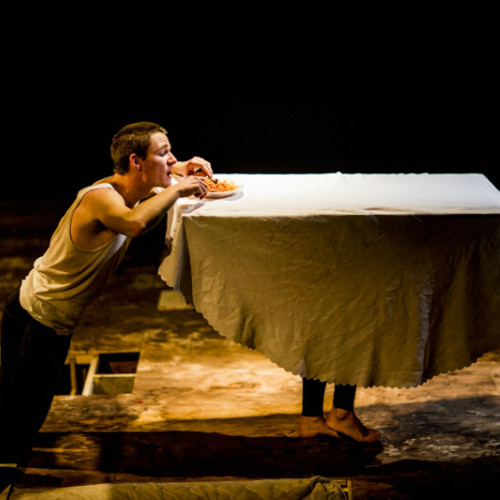 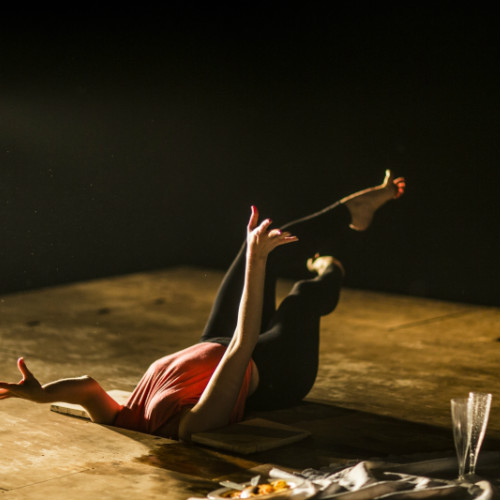 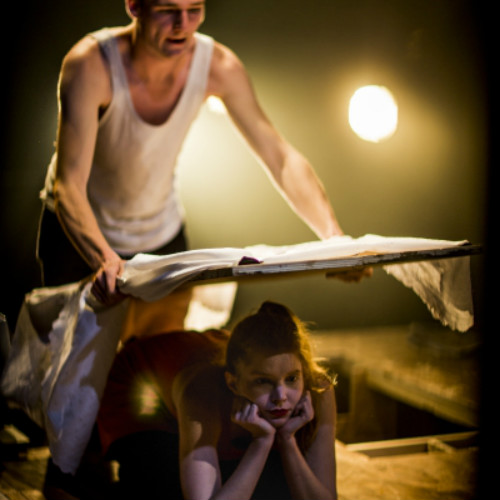 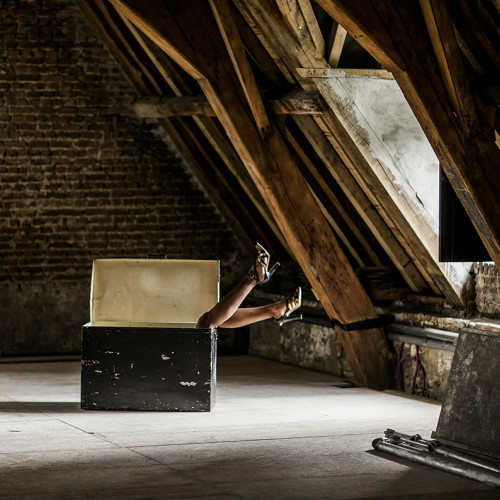